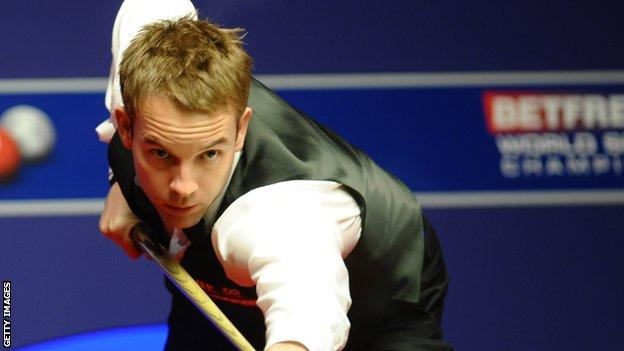 Ali Carter will not compete in the International Championship in China on medical grounds.

The 34-year-old from Chelmsford withdrew from his match against Rod Lawler at the India Open this week.

Carter was diagnosed with testicular cancer in June but recovered within two months to winning a Shanghai Masters qualifier.

He tweeted on Tuesday evening: "Looking forward to getting in the gym tomorrow. Hopefully I'm turning a corner."

Carter's management confirmed to BBC Essex that the player, nicknamed 'The Captain', would not compete at the International Championship, which begins on 27 October, but have yet to give details of his medical condition.

The two-time World Championship runner-up is but has coped better with the illness since switching to a dairy and wheat-free diet, and last season and reached the semi-final of the UK Championship.

Both local competitors made a wining start to the Indian Open, with Pankaj Advani and Aditya Mehta beating Marcus Campbell and Peter Ebdon respectively in their