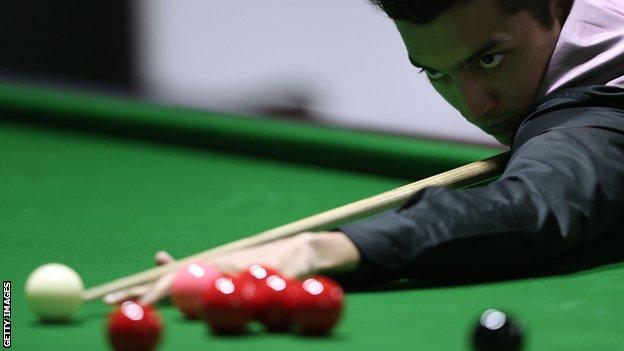 Aditya Mehta became the first Indian to reach the semi-finals of a ranking event with a 4-3 win over countryman Pankaj Advani at the Indian Open.

World number four Ding Junhui of China will play England's Robbie Williams in the other semi-final in Delhi.

Williams, ranked 73rd in the world, beat Anthony McGill 4-0 while Ding was a 4-2 winner over Neil Robertson.

"A couple of years ago, no-one would have imagined that an Indian player could win a ranking title, but now I'm only two matches away," said Mehta.

"If I do win, I hope it will be a great thing for Indian sport. I want to be the first Indian to win a ranking title and to be sitting here tomorrow night with the trophy. The job is not done and I don't want to stop now."

Seven players - Ali Carter, Dave Gilbert, Tony Drago, Anthony Hamilton, Kyren Wilson, Yu De Lu and Liam Highfield - withdrew from the tournament for various reasons, but organisers said it had nothing to do with the cyclone that swept through the Bay of Bengal.