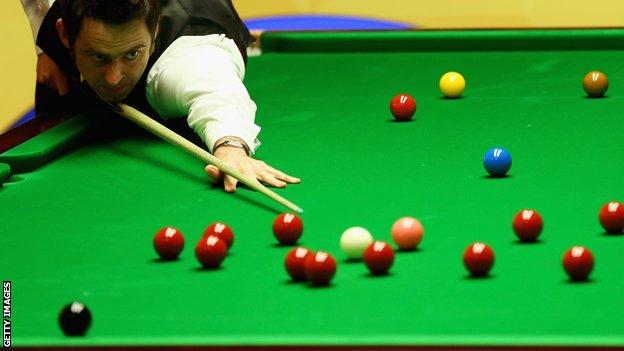 Ronnie O'Sullivan made a successful return to ranking event action, beating Anthony McGill 6-2 in the first round of the International Championship in China.

O'Sullivan has not played in a major tournament since winning the World Championship at the Crucible in May.

But the 37-year-old made light work of his opponent, scoring breaks of 73, 80 and 52 to advance into the next round.

There were comfortable wins for Mark Allen and John Higgins, while Graeme Dott also went through.

In the wildcard round, six-time world finalist Jimmy White won 6-4 against Yuan Sijun and will face Barry Hawkins in the first round but six-time world champion Steve Davis was beaten 6-1 by China's Zhao Xintong.

White has been playing with O'Sullivan in exhibitions recently and said the five-time world champion was looking in "dangerous" form.

But White himself has had a disappointing season, failing to get past the last 32 in any of the four ranking events and slipping to 58th in the world.