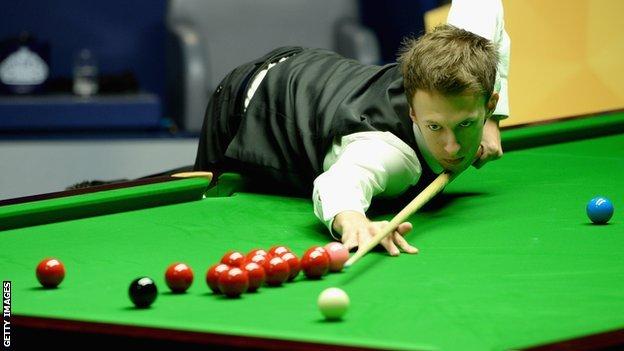 Defending champion Judd Trump was knocked out in the first round of the International Championship by Alan McManus in Chengdu, China.

I haven't had a great season so far. Everyone seems to play well against me

Ding Junhui, up to four in the world after winning the last two ranking events, overcame fellow Chinese player Cao Yupeng 6-5 in a final-frame decider.

Trump, who also lost in the first round of his last ranking event, at the Shanghai Masters last month, told World Snooker: "He [McManus] played well and that's just the way it's going at the moment.

"I haven't had a great season so far. Everyone seems to play well against me. A bit of luck here and there can make the difference and there were a couple of times today when Alan got away with bad shots, and I didn't.

"I prepared well for this tournament and tried my best so I'm disappointed to lose."

McManus said: "I was behind a few times but there was never more than a frame in it. There was a lot of good stuff, Judd played well in patches and I was hanging on and chasing him.

"I was glad to get a couple of chances in the last frame."