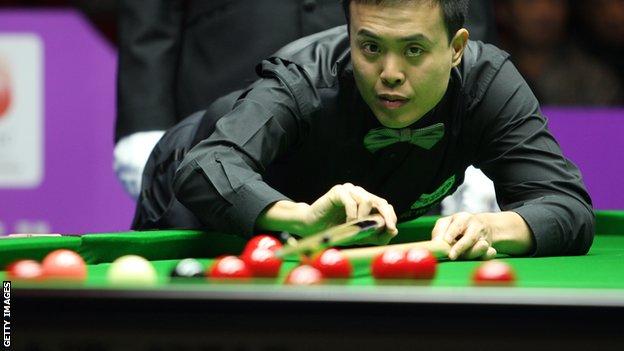 Marco Fu reached the final of the International Championship by overcoming Joe Perry 9-8.

Fu was 5-3 behind at the interval, but scored breaks of 88 and 70 to advance into his sixth ranking event final.

England's Perry made breaks of 83, 72 and a century and had two chances in the decider, but his opponent converted a superb brown on the way to victory.

Fu, 35, will face either Ding Junhui - looking for his third consecutive final win - or Graeme Dott on Sunday.

"It was a very tight match," said Hong Kong's Fu, who has won two ranking titles in his career. "Neither of us were at our best and we dragged each other down. I just feel very fortunate that I'm in the final.

"I hadn't been to a ranking final in a few years, so to reach three in the same year is quite an achievement and very satisfying."