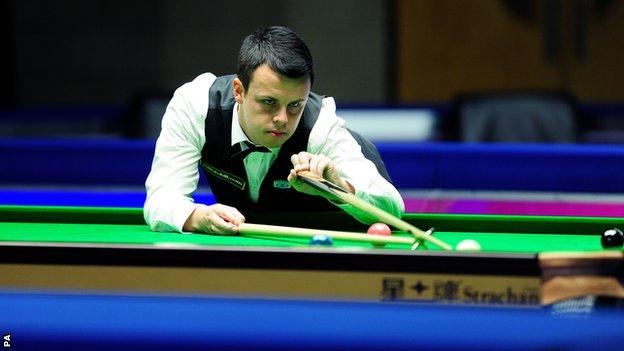 John Astley said his thrilling final-frame victory over Ken Doherty in the first round of the UK Championship was the highlight of his short career.

"It's a huge win and the biggest of my career so far. I was nervous but felt I coped quite well and played the right shots at the right time," said Astley.

"When the pressure is on, it's easy to make the wrong decisions, but I've been playing well and knew I could beat anyone."

This season the 24-year-old from Gateshead also reached the final 64 of June's Wuxi Classic in China.

Now he is relishing the experience of facing Stuart Carrington in the second-round at York's Barbican Centre.

"I came here to watch as a 11 or 12-year-old so winning is quite special," Astley added.

"To be given this opportunity to play in front of a crowd against a legend like Ken Doherty - it doesn't get much better."