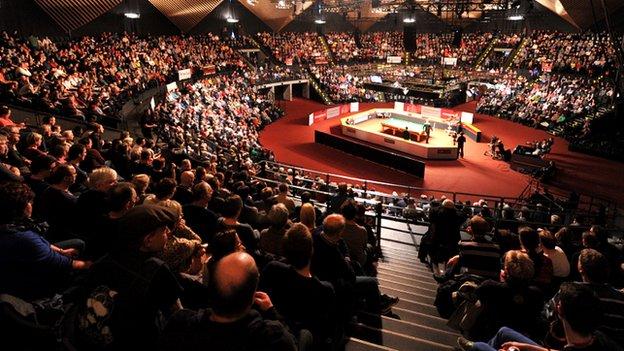 The German Masters may be staged at a time of year when temperatures frequently plummet to minus 15C or lower in Berlin, but snooker is one of the hottest tickets in town.

The 2,500 crowds that packed out the imposing Tempodrom arena last week - and saw Chinese star Ding Junhui win his fourth ranking title of the season on Sunday - are the biggest the sport draws anywhere in the world.

By way of comparison, Sheffield's Crucible Theatre, home to the World Championships, accommodates just under a thousand fans.

The exponential growth of the game in China has been well documented, but snooker's governing body has long hankered after putting down roots in mainland Europe.

And although snooker is very popular in Poland, Bulgaria and Belgium, nowhere does the sport regularly pull in crowds in such numbers as Germany.

To say the country - which only has one professional player, the 120th-ranked Patrick Einsle, on the main tour - has warmed to this most British of sports over the past 10 years would be an understatement.

Six-time world champion and BBC pundit Steve Davis, who qualified for the German Masters for the first time this year, has seen a huge change from his earliest forays on the exhibition circuit almost 30 years ago.

"The first time I came out here was in the 1980s to Hamburg - a club called Greens, which was ahead of its time," he said. "I did some trick shots live on German TV, a sort of Jonathan Ross-style show, and what they struggled to get their heads around was that I was making a living from it.

"When you first go to a country the knowledge and appreciation isn't there, and people burst into rapturous applause for the break-off shot. But even by the end of the match they weren't doing that any more - there was a quick learning curve.

"Initial excitement, novelty and naivety then gets replaced, and a country wants champions from their own area. It may not need one to flourish - Ronnie O'Sullivan would still be supported against a German player - but there is no doubt it would lift things up another level. The buzz around the German Masters now reminds me very much of the 1980s back in the UK."

So how did it become so popular in a country with no history of success on the green baize?

Sadly, one of the trailblazers is no longer with us. But one of the most enduring legacies the late, great and much-missed Paul Hunter left to the sport was enthusing a new audience beyond its traditional borders.

Thomas Cesal, head of German snooker promoters Dragonstars, lured Hunter over to his home town of Furth for a pro-am event in 2004. That morphed into the appropriately named Paul Hunter Classic three years later, and is now accorded the status of a European Tour event carrying ranking points, won earlier this season by Ronnie O'Sullivan in front of 1,000-plus crowds.

It is a fitting tribute to the three-time Masters champion, who died from cancer aged 27 in 2006.

"We started from very little in 2004," recalled Cesal, who also now runs the Berlin tournament. "Paul kindly came over to start with, together with [Welsh player] Matthew Stevens. And as that event grew, World Snooker started looking at us more seriously to stage a full ranking event."

Germany had previously staged the German Open - a ranking event - three times in the 1990s, including one year in a British Army barracks sports hall in Osnabruck, near the Dutch border.

But the inaugural German Masters in the striking Tempodrom building - usually a music and arts venue, and designed to look like a circus tent - marked a watershed moment in 2011.

Around 14,000 tickets were sold this year, with sell-outs for the weekend sessions. "It is a pilgrimage for German fans," Cesal explains. "Only 30% of tickets sold are to people within a 30km radius of Berlin."

In a country where the mention of snooker would once have drawn blank looks, hundreds of thousands now follow the game on German Eurosport, thanks in no small part to the pioneering, almost evangelical, zeal of commentator and MC Rolf Kalb.

Kalb has been beating the snooker drum for decades, and all major tour tournaments are now shown on television. More than a million Germans tuned in to watch Ronnie O'Sullivan beat Mark Selby in the Masters final at London's Alexander Palace last month.

But snooker remains for the moment a game that is watched, but not played, in huge numbers.

Stalwart German players Sascha Lippe and Lasse Munstermann - who had a brief stint on the World Snooker tour - and current professional Einsle are known to aficionados, but hopes of a further boom in interest appear to rest with Lukas Kleckers, a 17-year-old from Essen.

"The next big step would be a real German star," Kalb says. "Kleckers is already the German national champion. He is practising hard and maybe he can go on to become a professional. Realistically he then has to go to live in England.

"Lukas is a good young player, but he can't play in everything at the moment, still being at school. In Germany he is a big fish in a small pond, but if he goes to England he will be a small fish in a big pond of other bigger fishes trying to eat him. And it isn't easy. Patrick Einsle found it difficult psychologically being away from home and has almost given up."

Regardless of whether Kleckers breaks through to the pro ranks, the signs are positive for continued growth.

"Germany has decided it loves snooker and finds it a fascinating game even without a top German player or hero, so it is a solid foundation," Kalb adds. "When Boris Becker and Steffi Graf came along, tennis went through the roof, but it went down again afterwards, it was like boom and bust. But of course it would be helpful to have a leading player, a real contender.

"But we do have a unique atmosphere at the Tempodrom. It gives those involved goose bumps. Referee Jan Verhaas told me he was shivering walking in for the first final in 2011. Olivier Marteel was crying last year; these are experienced referees. Ronnie O'Sullivan once told me he should have to pay to play in front of a crowd like that."

O'Sullivan failed to qualify for last week's event, but the world champion still flew out to sign some copies of his latest book and help sell some branded merchandise, an indication of Germany's growing influence in the sport.

The sport's biggest draw will be back later in the year, for two exhibition events. An England v Germany contest in June with no danger of penalties will see O'Sullivan and Steve Davis take on Einsle and Lippe, while the two English legends will also play in a Speed Cup tournament in May that will also feature the emerging Kleckers.

Germany has the status, the respect, the event, the venue and the fans. Now it just needs a contender.