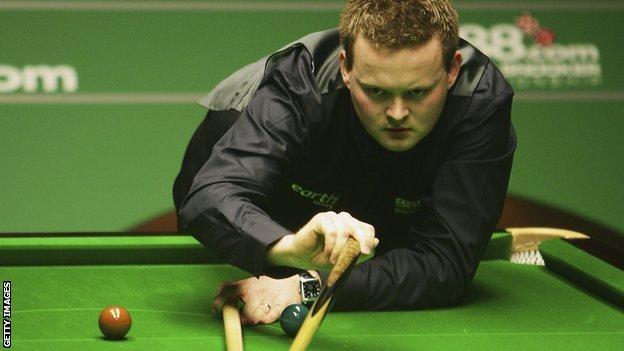 Shaun Murphy made a maximum 147 break as he won his first event in 29 months.

The former world champion beat Fergal O'Brien 4-1 in the final of the Gdynia Open in Poland on Sunday.

The maximum, against Jamie Jones in the quarter-finals, was the third of the 31-year-old Englishman's career and his second of the year.

Meanwhile, World Snooker has announced the final championship of the series tour will no longer be held in Thailand due to fears over political unrest.

The Snooker Players Championship, the conclusion to the European and Asian Tour series, was due to have taken place in Bangkok next month but World Snooker is now looking for an alternative venue in Europe.

Murphy, meanwhile, is celebrating his first trophy since the 2011 Brazil Masters.

In the course of his career the former world number three has earned more than £2m in prize money.

Murphy's first 147 came in the 2001 Benson & Hedges Championship and his second last month against Mark Davis in the Championship League.

At the start of 2014, Murphy revealed he had begun a new fitness regime, claiming that he had been spurred on by his manager's insults.