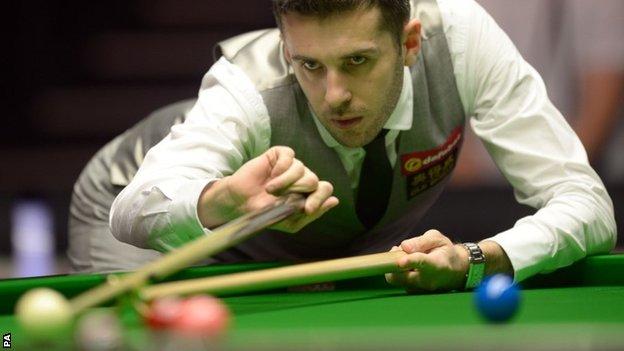 World number two Mark Selby will play Marco Fu in the semi-finals of the Haikou World Open after thrashing Alan McManus 5-1 in the last eight.

Selby lost the opening frame but took the next five to reach to set up a meeting with Hong Kong's Fu in China.

Northern Ireland's Mark Allen beat John Higgins 5-3 and will play England's Shaun Murphy, who saw off Graeme Dott 5-4, in the other semi-final.

Leicester cueman Selby said the second frame had been crucial in his victory over Scot McManus.

"The second frame was a turning point because I could have gone 2-0 down," Selby told worldsnooker.com. "I won 5-1 but it could have been a lot closer."

On their semi-final match, Fu, who beat world number one Neil Robertson in the previous round, said: "It's going to be very tough against Mark. He's an experienced player, and without winning a ranking title yet this season he must be determined and well prepared."