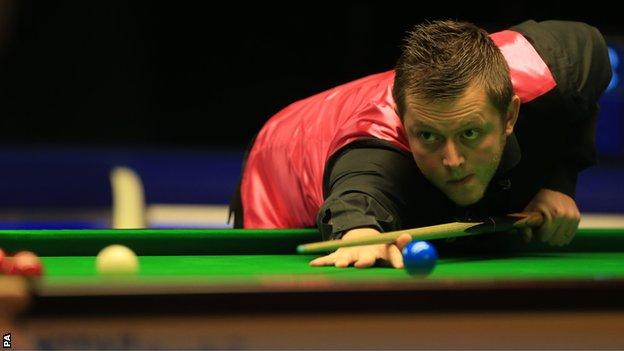 Antrim's Mark Allen has been beaten 4-2 by Gerard Greene in Friday's quarter-final of the Players' Championship Grand Final in Preston.

After the first four frames were shared, Kent-based Northern Ireland man Greene took the next two 70-39, 73-36.

Greene, 40, will now face John Higgins or Marco Fu in the semi-finals.

Allen, who had beaten Jamie Jones and Fergal O'Brien in earlier rounds. has slipped down the world rankings this season, going from seventh to 15th.

However, he showed a return to form at the World Open title in China earlier this month by reaching the semi-finals.

The left-hander had won the tournament for the previous two years.