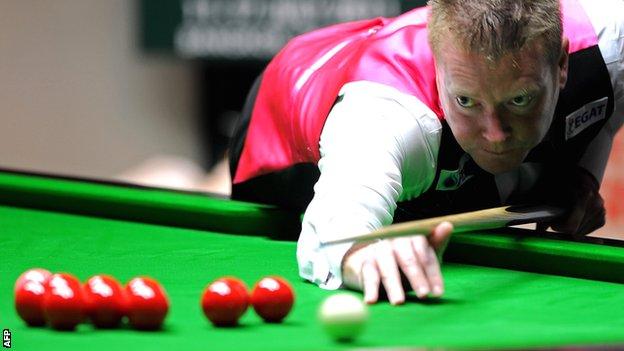 World number 66 Gerard Greene secured a place in a ranking final for the first time with a 4-2 win against Marco Fu at the Players' Championship in Preston.

The 40-year-old Kent-based Northern Irishman, who beat compatriot Mark Allen in the last eight, took the first frame before Fu levelled with a 64.

Greene moved 3-1 ahead but world number eight Fu made a 121 in frame five.

A 46 helped Greene through to face Barry Hawkins, who defeated Judd Trump 4-1.

Hawkins, the world number five, lost the first frame to Trump, but reeled off four in succession to take victory.