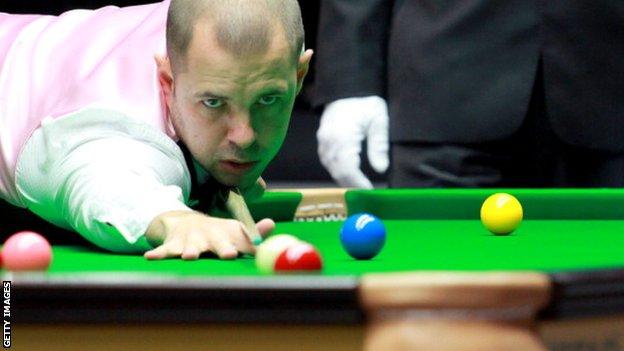 Greene, ranked a lowly 66, produced a shock defeat of Marco Fu 4-2 to win a place in the final against Hawkins.

But any hopes of an upset against the world number five were quickly extinguished as a 117 break gave Hawkins the perfect start.

It was a big occasion with big money so I'm delighted to win.

His dominance continued en route to a whitewash and the £100,000 first prize.

It moves him to 42nd on the money list and guaranteed his biggest ever pay-day with a £38,000 prize.

Hawkins, 34, also from Kent, earned his final place with a comprehensive 4-1 win over Judd Trump.

"I have played well against some very good players and come through a strong field," he told World Snooker.

"It was a big occasion with big money so I'm delighted to win."