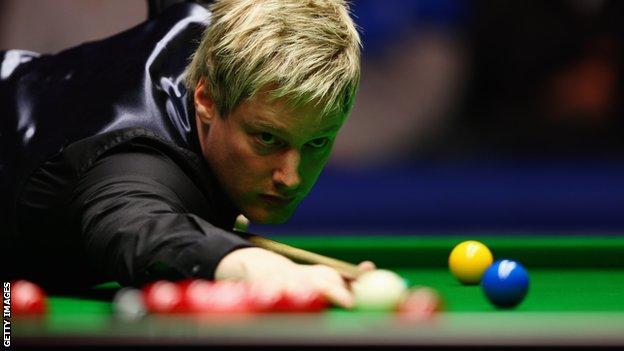 An ill Neil Robertson described his 5-4 first-round victory over Anthony Hamilton at the China Open as "one of the greatest" wins of his career.

Struggling badly with a virus, the defending champion let slip a 4-2 lead in Beijing before a final-frame break of 57 secured his place in round two.

The Australian, 32, tweeted: "Possibly wouldn't have got on the plane had I known my virus was this bad."

Graeme Dott, who like Robertson is a former world champion, is also through after a 5-4 victory over Rory McLeod, while Snooker Shoot-out champion Dominic Dale was a 5-3 victor over Jack Lisowski.