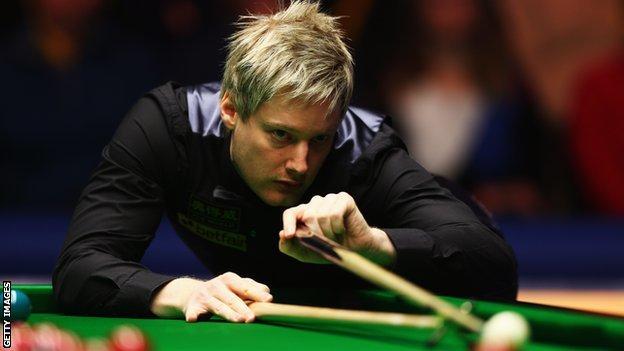 The world number one now faces Graeme Dott, 36, who saw off Luca Brecel 5-2.

Ding, who will become the first player since Stephen Hendry 1990-91 to win five ranking events in one season if he triumphs on Sunday, rounded off his victory with a break of 124.

He will play Mark King, a 5-3 winner over Jamie O'Neill, in the last eight and Selby faces Mike Dunn, who defeated Craig Steadman 5-3.

Robertson is chasing his third ranking title of the year, but looked in trouble when Yu, who knocked Ronnie O'Sullivan out of last week's Players Championship, won three frames in a row.

A break of 91 brought Robertson level at 4-4, however, and he then came from 32-4 down to scrape home in the ninth frame.