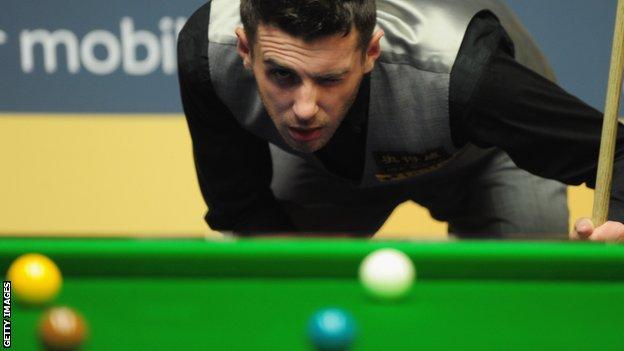 Mike Dunn pulled off the biggest win of his career to shock world number two Mark Selby and reach the semi-finals of the China Open.

The 42-year-old, ranked 71 places below Selby, won 5-3 and will meet home favourite Ding Junhui on Saturday.

After his win, Dunn wrote on Twitter: "There's no words to describe how I feel right now except thank you to everyone. I am delighted and I've shed a few tears."

Dunn will have to be at his best to compete with China's leading player Ding, who will become the first player since Stephen Hendry in 1990/91 to win five ranking events in one campaign if he triumphs in Sunday's final.

World number one Robertson has been suffering from a viral infection but managed to overcome Scotland's Graeme Dott 5-3 in their quarter-final.