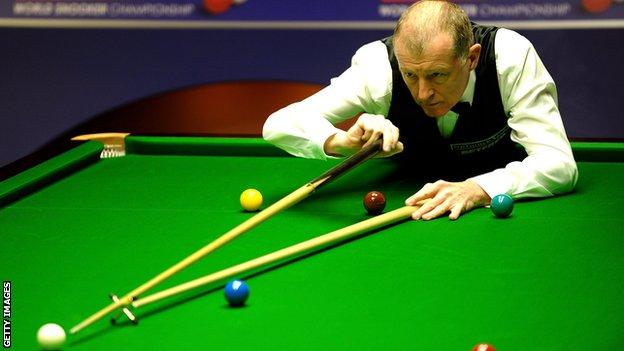 Six-time world champion Steve Davis will have to attend qualifying school to retain his place in snooker's elite.

The 56-year-old lost his tour card after a 10-8 defeat by Craig Steadman in the World Championship qualifiers.

Davis, who says he will compete at Q School in May, had to beat 31-year-old Steadman to remain on the main tour.

Now a BBC Sport commentator, Davis turned professional in 1978 and won his world titles between 1981 and 1989. He last made the quarter-finals in 2010.

Steadman's win over Davis at Ponds Forge in Sheffield moves him into the third qualifying round, two wins away from a place at the nearby Crucible.

Were Davis to decide against going to qualifying school, he could join the Players Tour Championship in 2014-15, which would give him a chance to win his place back on the main tour the following season.