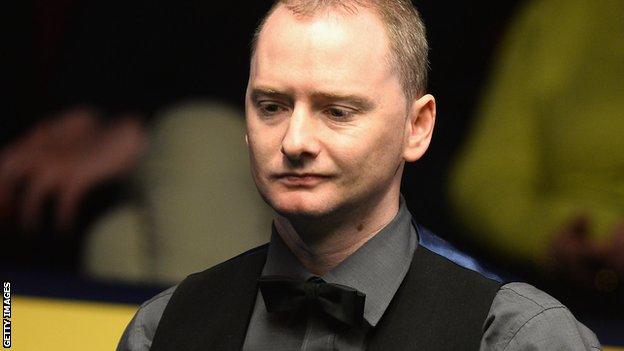 Former world champion Graeme Dott will miss this year's tournament after losing 10-7 to Kyren Wilson in the final qualifying round in Sheffield.

It means the Northamptonshire-born player will play at the Crucible for the first time in this year's tournament, which begins on Saturday.

'I'm going to drive past the Crucible now and have a look," said Wilson.

"I've been there to watch my friend Peter Ebdon in the past but it's going to be a bit different playing there."

"For his first time qualifying, he handled the pressure really well.

"I'm not overly disappointed just now but I'm sure when the tournament starts on Saturday I'll be devastated that I'm not there."

There was some good news for Scottish fans though as 43-year-old Alan McManus caused a shock by beating two-time winner Mark Williams 10-8.