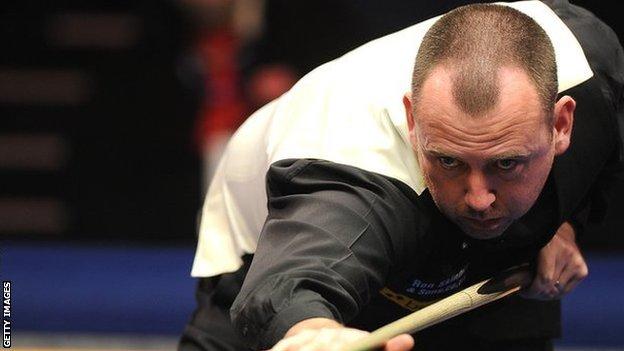 Mark Williams will miss the World Championship for the first time since 1996 after he lost 10-8 to Alan McManus in the final qualifying round.

But McManus reeled off three frames in a row to reach the main draw.

This latest defeat is a major blow for Williams, a winner of 18 ranking tournaments during an illustrious career.

The Welshman has now lost his place in the coveted top 16.

Williams and Scotland's Dott were not the only big-name casualties at the Ponds Forge Arena in Sheffield.

Another Welshman, Matthew Stevens, also made an earlier than anticipated exit.

Stevens, beaten by Williams in the 2000 final and runner-up to Shaun Murphy five years later, went down 10-8 to Tom Ford.

The 36-year-old was 8-4 down to his 39th-ranked opponent before taking four of the next five frames.

But Ford hung on to reach the Crucible for the first time since 2010.