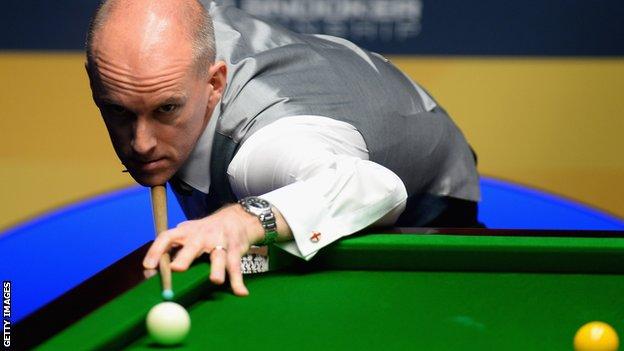 Peter Ebdon has failed to qualify for the World Championship for the first time since turning professional 22 years ago.

The London-born former world champion, 43, lost 10-8 to Robin Hull in the final qualifying round.

Ebdon won the title in 2002 and was runner-up twice but was edged out by the Finnish world number 122.

Hull, whose only previous experience of the finals at the Crucible Theatre came in 2002, held off a fightback from Ebdon after taking a 9-6 lead, securing the match with a break of 57.

The 39-year-old retired from the game in 2008 due to a heart complaint but returned to competition three years later.

"I am so happy," he said. "I am enjoying playing and enjoying competing. The last time I was here was the year Peter won it. He has had a great run of 22 years so I am just so happy to beat him."

Ebdon beat Davis in his first match at the Crucible in 1992 and lost to Stephen Hendry in his first final four years later.