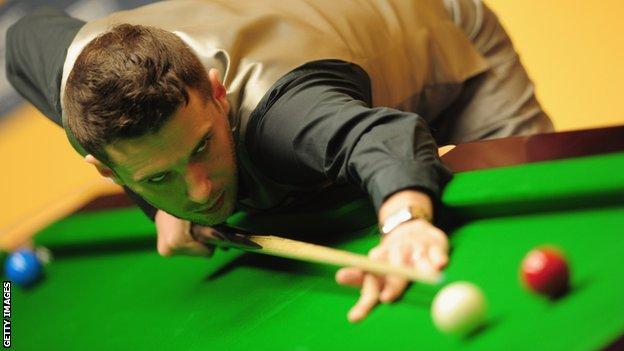 The Crucible Theatre has staged snooker's most prestigious tournament since 1977 and is assured of hosting the £1.2m competition until 2017.

But Selby, 30, said: "In the long term I think the World Championships will be there in China."

World Snooker chairman Barry Hearn has insisted it will stay in Sheffield for as long as he runs the sport.

Where this season's ranking events have been held

This year's event begins in Sheffield on Saturday, but the sport's soaring popularity in China means there has been growing speculation that the flagship tournament will eventually transfer there.

Five of the sport's 12 ranking events are held in China, which also hosts minor tournaments on the Asian Tour.

Selby, who lost to John Higgins in the 2007 world final, told World Snooker's YouTube channel: "In the future, I can probably see more tournaments going to China. We're there five or six times a year at the moment."

Last year, six-times beaten finalist Jimmy White also conceded that the World Championships would go to China at some point, saying: "I can't see it not happening,"

Chinese players have enjoyed increasing success in recent years. Last September, Ju Reti, 30, became the first amateur to win a European or Asian Tour event, while there were four players representing the country at the 2012 World Championship.

World number two Ding Junhui, a winner of 11 ranking events in his career, became the first player since Stephen Hendry in 1990 to win three consecutive ranking events when he won the Shanghai Masters in September, the Indian Open in October and the International Championship in Chengdu, China, in November.