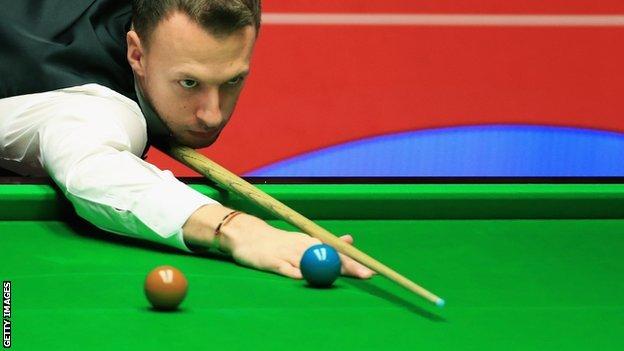 Englishman Trump began Wednesday's session at Sheffield's Crucible Theatre 6-2 up in their best of 19 frames contest, but made a slow start.

However, the 24-year-old regained a 9-8 lead after Ford missed two good chances and went on to close out the match.

The world number four fought back from 4-2 down to win eight frames in row.

The victory sets up a meeting with Ricky Walden in a repeat of last year's semi-final, which Hawkins won on the way to a final defeat by Ronnie O'Sullivan.

And on the other table, Martin Gould and Marco Fu play to a conclusion, with world number seven Fu looking to build on a 6-3 overnight lead.