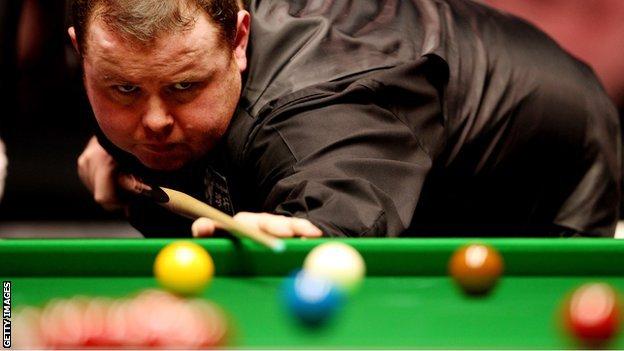 Snooker player Stephen Lee's appeal against a 12-year ban for match-fixing has been dismissed.

The former world number five was found guilty of seven charges after a tribunal hearing in September 2013.

The World Professional Billiards and Snooker Association (WPBSA) said he was involved in "the worst case of snooker corruption we've seen".

The total costs awarded against him now amounts to £105,000.

He was ordered to pay £30,000 in costs after the first part of his appeal, which had alleged bias at the original tribunal, was rejected.

Lee, from Trowbridge in Wiltshire, reacted angrily to the verdict on his Facebook page, criticising the sport's governing body, its chief Barry Hearn and the manner in which the hearing was conducted.

The WPBSA confirmed Nicholas Stewart QC had dismissed the appeal.

2008 Malta Cup: Conspired to lose to Ken Doherty and Marco Fu, as well as losing to Neil Robertson by a pre-determined score, with the match ending 5-1 to Robertson

2008 UK Championship: Agreed to lose the first frame in matches against Stephen Hendry and Mark King

2009 World Championship: That Ryan Day would win by a pre-arranged score, Day winning 10-4

Its statement added: "The term of the suspension remains at a period of 12 years. This means that Stephen Lee will continue to be unable to compete in professional snooker before 12 October 2024."

Lee, who has been a professional for more than 20 years and won five ranking titles, was found to have fixed outcomes in seven matches in 2008 and 2009, including a World Championship match.

In a 35-page summary of the case following last year's hearing, tribunal chairman Lewis said three groups of gamblers made a total profit of nearly £100,000 from betting on Lee's matches.

The tribunal ruled he deliberately lost matches against Ken Doherty and Marco Fu at the 2008 Malta Cup and agreed to lose the first frame against both Stephen Hendry and Mark King at the 2008 UK Championship.

In addition, Lee lost matches by a predetermined score to Neil Robertson at the 2008 Malta Cup and to Mark Selby at the 2009 China Open.

He was also found to have conspired to lose his first-round match with Ryan Day at the 2009 World Championship.