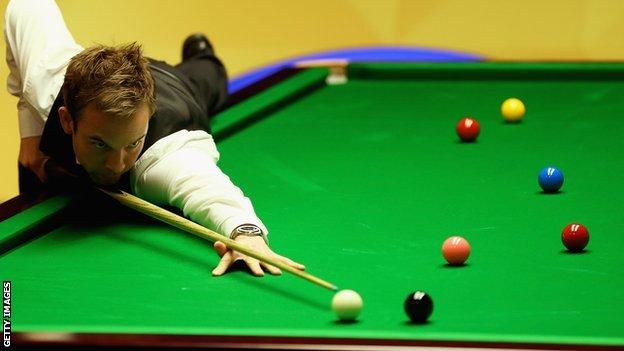 Two-time World Championship runner-up Ali Carter said he was feeling "strong and positive" after beginning his treatment for lung cancer.

World Snooker announced last month the 34-year-old Englishman would have an intensive course of chemotherapy.

Carter wrote on Twitter: "Well that's the first bout of the chemo done. Glad it's over but way more to come soon."

The world number 13, who has Crohn's disease, last year recovered from testicular cancer to resume his career.

He added he felt "a bit wiped out" but was looking forward to spending time with his family and friends.

The Chelmsford potter is a three-time ranking tournament winner, having landed titles at the 2009 Welsh Open, 2010 Shanghai Masters and 2013 German Masters, but lost to Ronnie O'Sullivan in the 2008 and 2012 Crucible finals.

He was beaten by eventual champion Mark Selby in the second round of this year's World Championship.