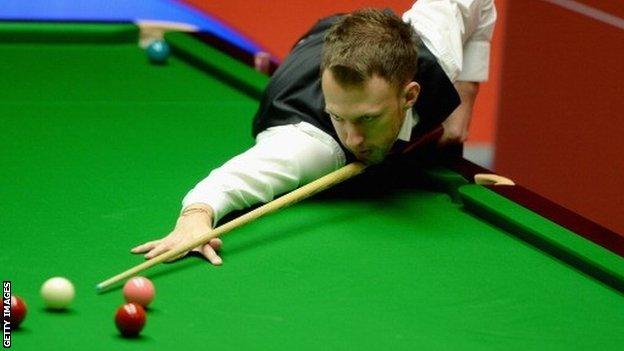 Judd Trump joined the surprise first-round exits at the Shanghai Masters as he lost 5-2 to Dominic Dale.

Day's compatriot Mark Williams completed a good day for Wales with a 5-4 victory over Barry Hawkins.

Williams pinched the decider after the 2013 World Championship runner-up had racked up 144 in the eighth frame.

Day also edged a tight affair, having trailed 4-2 before breaks of 55, 102 and 77 in successive frames saw him beat the struggling Scot, who has not reached a major semi-final for more than a year.

China's Ding Junhui defeated Englishman Jack Lisowski 5-1 while Zhao Xintong and Fergal O'Brien were also victors on the second day of the week-long ranking tournament, which carries a first prize of £85,000.