Ronnie O'Sullivan broke Stephen Hendry's all-time record of career centuries with a 101 break in the first frame of his quarter-final against Marco Fu at the Masters.

But how did The Rocket achieve the feat? BBC Sport takes a look. 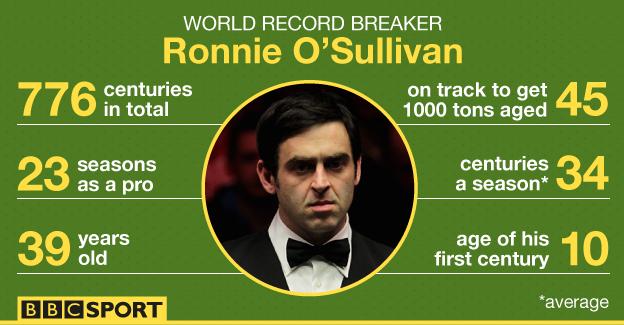 It will take O'Sullivan six more years to reach the milestone of 1,000 centuries, providing he compiles at least 34 a season. 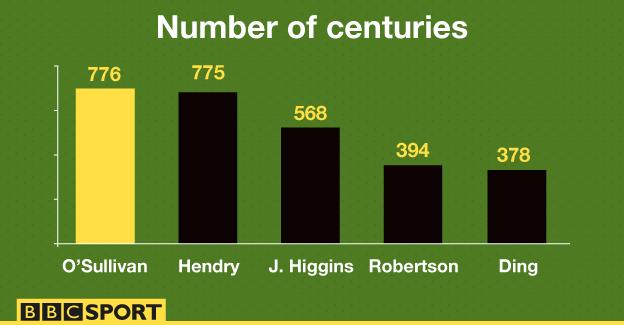 The nearest player to O'Sullivan's record who is still on the tour is Scotland's John Higgins, a huge 208 centuries behind. 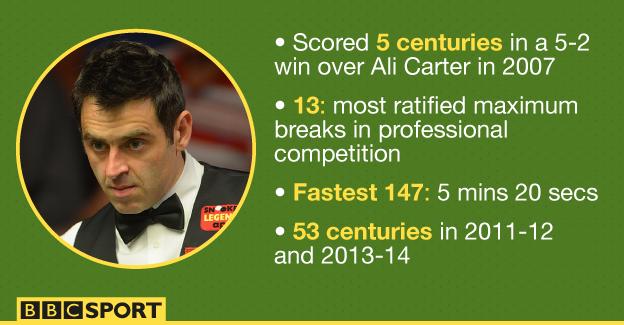 O'Sullivan's 147 break against Mick Price at the 1997 World Championship is the fastest maximum in history.