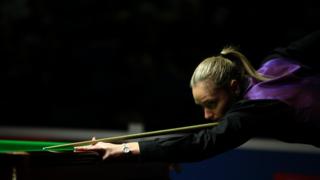 Is snooker a game in decline?

BBC Sport looks at how the popularity of snooker has changed since the 1980s, when 18.5m UK viewers watched the World Championship final between Steve Davis and Dennis Taylor on television.

Thirty years on, snooker clubs are closing and the number of people over the age of 16 playing the game has more than halved in the last eight years.

BBC commentator and former world champion John Parrott says the standard of the players coming through is "fantastic," but insists there needs to be more of them in order to continue developing the game in the UK.