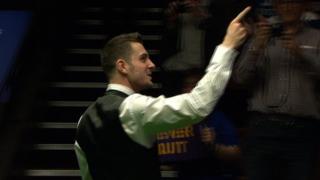 The world number one, 31, was on the brink of exiting against the battling Norwegian, ranked 38.

Selby made a century as he opened up a 6-3 lead in the first session.

Qualifier Maflin won five frames in a row in the final session to lead 9-8, but Selby forced a decider before taking the last to go through.