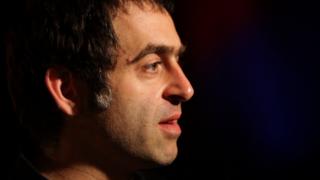 Ronnie O'Sullivan says winning a World Championship would still be more important to snooker players than an Olympic gold medal if the sport was ever included in the Games.

The five-time Crucible champion adds that he is as "ready as I can be" as he prepares for his opening match of this year's competition.

The 39-year-old thinks it will be a "tough, tough year" to win the title, which he begins against qualifier Craig Steadman at 14:30 BST on Tuesday.

Fans set to be allowed at outdoor sports