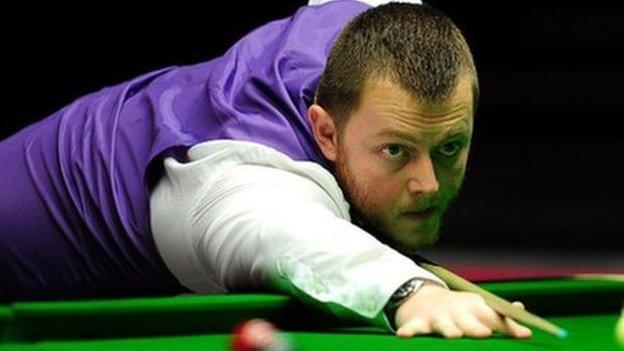 Mark Allen says failure to match Barry Hawkins' safety play was the reason for his 6-2 defeat in the quarter-final of the Masters on Thursday night.

The Antrim player admitted Hawkins 'froze' him off the table and deserved to win at Alexandra Palace in London.

"I felt really good at the interval but he froze me out so much that whenever I got in, I didn't feel I was going to do anything with them," Allen said.

"It was a pure lack of table time. All credit to him really."

Hawkins, who plays Ronnie O'Sullivan in the semi-final on Saturday, built up a 3-1 interval lead and finished strongly.

"I wasn't expecting that after the way I started the first frame," said Allen.

"I made a hundred from the first frame and felt really good but Barry played very well to go 3-1 up."

Allen missed a black off the spot in the fifth frame and quickly saw the match slip away from him.

"It is unforgiveable really. You teach kids not to do what I did on the black and I hadn't made my mind up by the time I hit the shot. I should be better than that and more experienced by that.

"I feel if I can compete in the safety area with Barry, I'll have too much for him but the problem is he's just dominating that area on a regular basis now.

"He makes very few mistakes and you need to play very well to beat him."