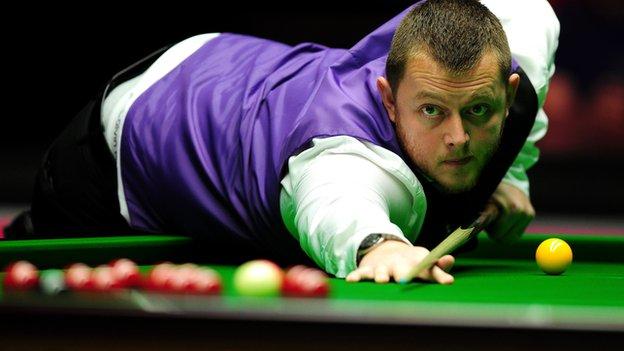 Mark Allen won four frames in a row to beat Shaun Murphy 6-4 and reach the final of the Players Championship in Manchester.

Northern Ireland's Allen, 30, will be looking to win a third ranking event.

Murphy led 2-0 and 4-2 but Allen made a break of 134 in the third frame on his way to repeating the 6-4 victory he enjoyed over the defending Masters champion in January.

Allen will also be hoping to avenge a defeat to Walden, who is ranked 11 in the world, in the final of the 2014 International Championship.