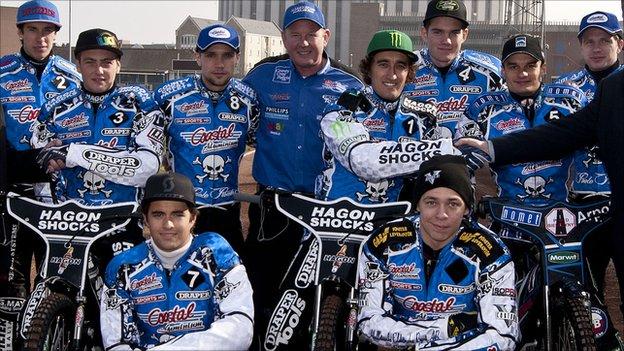 Poole Pirates lifted the first team silverware of the season with a 58-34 Elite Shield win over Wolverhampton.

The Pirates had already won the first leg at Monmore Green by two points and followed up with a solid performance at Wimborne Road on Wednesday.

Skipper Chris Holder said: "There are only three of us left from last season but the new guys have slotted in quite comfortably as we saw tonight.

"It was a good all-round performance that won us the match."

The Dorset team begin the defence of their Elite League title with a double-header against Coventry on 6 April.