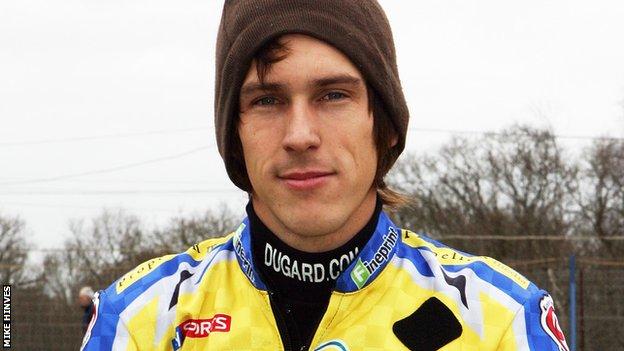 The Sussex side, who lost to Poole in the Grand Final, begin the 2012 season at home to Belle Vue on Saturday.

Woodward told BBC Sussex: "We've got such a young team and we went through that together. We've all grown with it and the other boys have as well.

"I've learnt a great deal and hopefully I'll be better in all the crunch meetings in the future."

The 27-year-old Australian continued: "We've all gone away, trained hard and tried to get better equipment. Hopefully we hit the nail on the head.

"We've got to try and get there again this year."

Eastbourne's one change to their team has seen Russian rider Denis Gizatullin replace outgoing number one Bjarne Pedersen, who has joined Birmingham.

Eagles co-promoter Mike Bellerby added: "We've got six riders back who are all capable of improving their averages. There's a great team atmosphere.

"We've been trying to get Denis in for three years and I'm sure he'll fit in to the team without any problems.

"The team has got the capabilities of going one better this year and actually winning the championship. I genuinely believe that."

Woodward added: "We've definitely lost an outright number one in Bjarne so it's up to Joonas [Kylmakorpi] to step up to that.

"We'll miss him but we've always got to get underneath the team-building points limit."