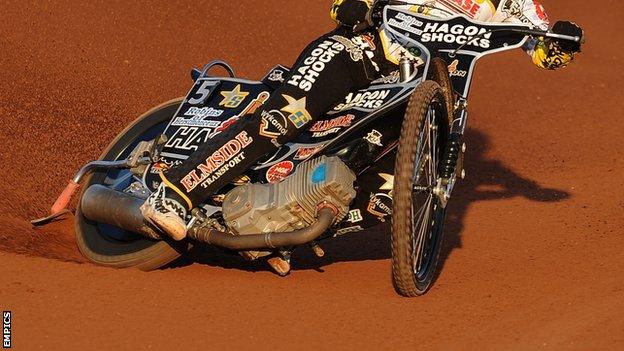 Coventry Bees owner Mick Horton says his side have to overcome some recent misfortune in Friday's encounter with unbeaten Swindon.

Horton says the Bees have to forget about a series of mechanical problems that have led to recent defeats against Poole and the Robins.

"There's no doubt that in our fixtures we've had some bad luck, but now it's time we make our own," Horton said.

"The boys need to step up to the plate as a team."

A poor start has seen the Bees languishing in ninth place, just two points above Belle Vue at the foot of the Elite League table.

But Horton believes they can turn their season around.

"We all know we are more than capable of making those play-offs, but we need to get the points to prove it and start gaining ground on those teams who have got off to a flying start," he added.

The Bees make one change from the reverse fixture at Blunsdon on Monday, with Jason Bunyan replacing reserve Adam Roynon, who has a meeting for his Premier League club Workington.