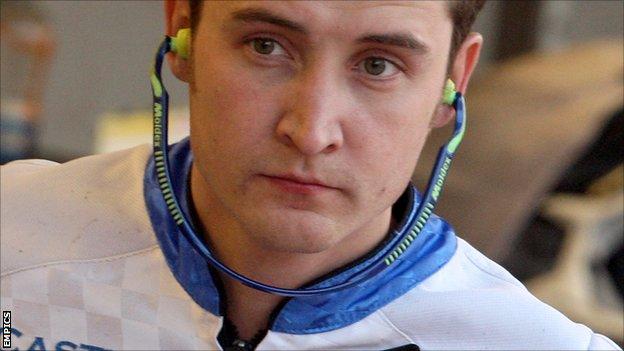 Renat Gafurov marked his first appearance for Belle Vue by inspiring them to their first Elite League win of the season against Wolverhampton.

The 29-year-old Russian won three of his six races on the night and picked up 12 points in the 54-40 victory.

Belle Vue had lost their first nine league meetings of the season and remain bottom of the table.

"It was great to win after all the problems we've had this season," said team manager Jim Lynch.

He told the club website: "I was proud of all of them but Gafurov on his debut and Craig Cook (who contributed nine points) on his return to the club were fantastic.

"Gafurov got straight into the thick of the action and, with him and Ales Dryml, we have got a really solid pairing at the bottom end of the team."