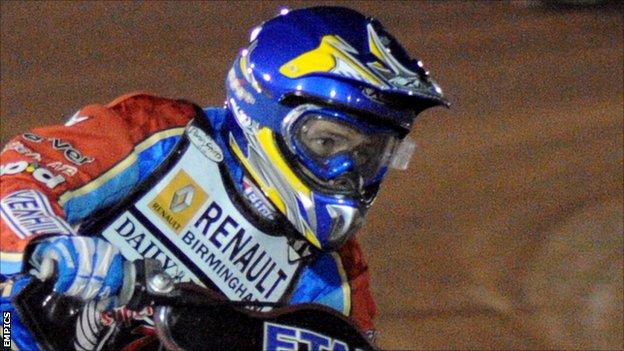 The Lakeside Hammers have said Swedish rider Jonas Davidsson will return to the club until the end of the season.

His arrival will mean the Hammers have a full compliment of seven riders for the first time since captain Lee Richardson's death in May.

Co-promoter Jon Cook said: "The lads have done admirably coping with Lee's loss, however the cracks have been showing for the last few matches.

"We felt we dare not wait any longer to make a move."

Davidsson finished last season with the Hammers, and was also a regular in the squad from 2008-2010.

His first race back in Lakeside colours will be on Thursday for the Elite League fixture at Swindon.

Meanwhile, the Hammers are set to be without reserve Richie Worrall for at least a month.

Worrall broke his leg riding for Newcastle on Saturday.