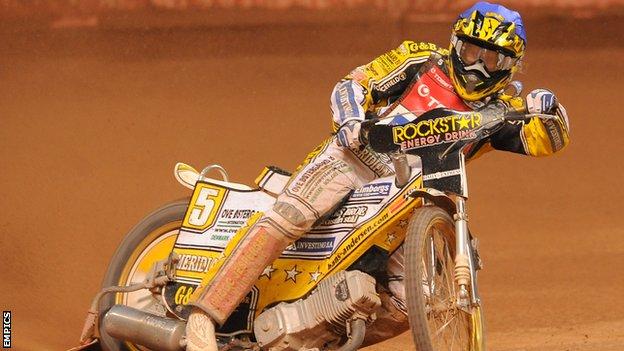 Swindon have moved to within a point of Elite League leaders Poole Pirates after beating them 49-41 at Blunsdon.

Captain Hans Anderson top scored for the Robins with 12 points including a pass of Pirates' highest scorer Darcy Ward in heat 15.

The result means the Robins take all three points and Poole took nothing.

"Obviously Poole were a little bit under strength but they've got two of the best riders in the world in their side," Andersen told BBC Wiltshire.

"If we don't score points we don't win meetings and it was a team effort to get all three points.

"At the beginning of the meet I reckon it levelled the track out, as it was a little bit difficult to pass, but later on it turned out alright."