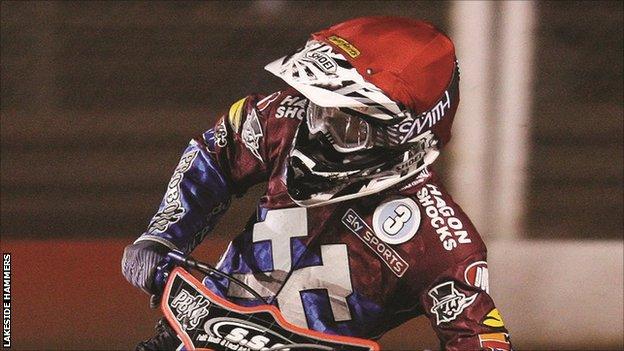 Lakeside Hammers rider Davey Watt wants the side to cause an upset in the Elite League play-offs in memory of captain Lee Richardson.

Richardson died whilst riding in Poland in May.

The Hammers host Elite League winners Poole in the first leg of the play-off semi-finals on Monday.

Watt told BBC Essex: "It's been really tough emotionally. We're supposed to have him in the pits with us. It'd be great to do something for his memory."

The Hammers were tipped as potential champions at the start of the season, but were rocked when their influential captain was tragically killed.

They suffered a dip in form, before a late season rally secured a top-four finish.

Watt added: "I love these meetings. Everybody really wants their teams to win, it's such a fantastic time of year for Speedway."

But the Australian has been ruled out of the fixture, after being rushed to hospital with kidney problems.

Lakeside host Poole at the Arena Essex Raceway in Thurrock on Monday, with the second leg taking place next Monday.

The other semi-final is between Birmingham and Swindon.