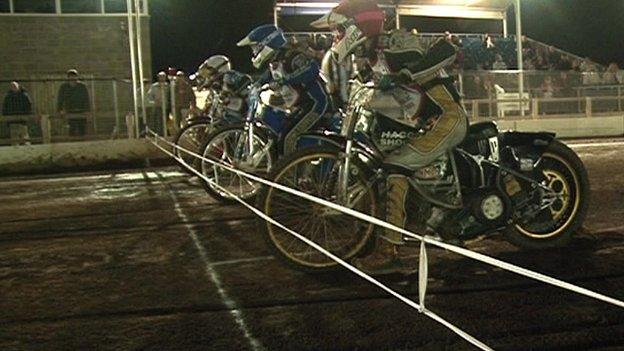 Leicester Lions have had their application to ride in the Elite League next season rejected but expect to race in speedway's top flight in 2014.

The Lions applied after just two seasons back in the sport following a 28-year absence.

But the move has been put on hold for 12 months by the British Speedway Promoters' Association.

"It's disappointing. We wanted to be in the Elite League," promoter David Hemsley told BBC Radio Leicester.

"But we have worked with the BSPA to make sure that we will be able to reapply in 2013 with a clear indication that Leicester will be riding at the highest level in 2014."

"We are looking forward to next year and will give 2013 a really big go," he said. "We have immediately started working on team building.

"I can't release any names, but we are hoping to make some very exciting announcements over the next few weeks."