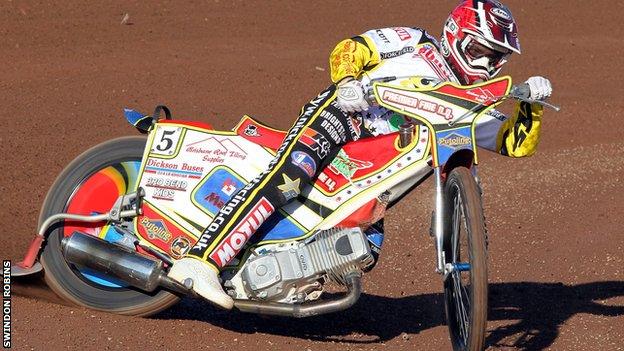 The 30-year-old was part of the Elite League-winning team last season but had been criticised for his inconsistent performances throughout the campaign.

"It's never nice to tell a rider he's not required for next year but we have decided to go in a different direction with our team building," said team manager Alun Rossiter.

Meanwhile, Swindon have signed Nick Morris for the 2013 season.

The Robins agreed a deal with Glasgow to sign the youngster as a full asset and Morris is expected to double up with Premier League club.

Rossiter added: "This is great news for the club and Nick told us he wanted to stay before he went back to Australia.

"We are delighted to welcome him back in 2013 as a fully fledged Swindon asset and he is part of the future of this club."