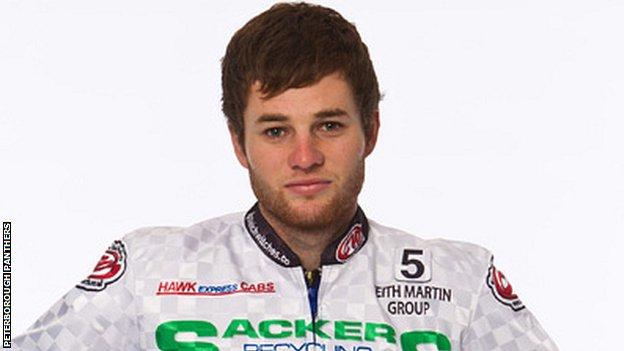 Peterborough Panthers have added Australian Under-21 international rider Dakota North to their starting line-up for the new season.

North is the Panthers' fifth signing and will be racing in the Elite League only after previous doubling-up spells in the top flight.

"Dak is a Panthers asset and is a young man with ambitions in the sport.

"I think we have an exciting young rider who will fit in well," said Peterborough co-boss Jan Staechmann.

North was previously signed by Peterborough in 2009, before being loaned to Newcastle Diamonds the following year. He has also ridden for Somerset Rebels and Ipswich Witches.

Staechmann continued: "We had plenty of headaches last season from the double-up position due to rider availability and injuries, so it was important for us to address that situation and make sure we didn't leave ourselves open to vulnerability in that department again. Dak fits the bill perfectly."

North is the fifth man to commit himself to the Panthers 2013 campaign, joining Linus Sundstrom, Kenni Larsen, Ryan Fisher and Norbert Kosciuch.