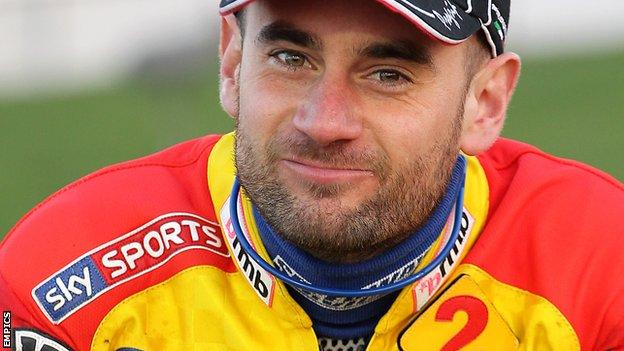 Belle Vue Aces have made European champion Ales Dryml their fourth new signing ahead of the new season.

Czech rider Dryml, 33, joined the Aces on loan from Peterborough in 2012 and skippered the side late in the season.

Belle Vue have three spots in their line-up to fill, having also signed and

However, managing director David Gordon believes that delays to the construction of their new £6m home - the Belle Vue Sports Village - are making it more difficult to attract stars to Kirkmanshulme Lane for the time being.

The Aces have to race on Monday evenings at their current base, which is located next to the greyhound stadium in Belle Vue, and plan to stage home meetings on Fridays when they move.

"It is not easy building a team for Monday night racing because so many riders are committed to riding in Poland on Sundays and Sweden on Tuesdays," Gordon told the club website.

"Many are reluctant to come to England on a Monday, but the signs are already there that we will have riders almost queuing up to join us once we can offer Friday night racing at a