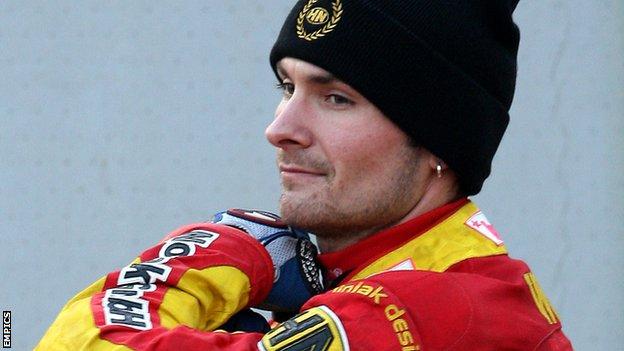 Belle Vue Aces are close to completing their 2013 line-up after signing German rider Kevin Wolbert on loan from Premier League side Edinburgh.

The 23-year-old has Elite League experience from his spells with Poole Pirates and Birmingham Brummies.

Wolbert has an excellent record for opposing teams at Kirkmanshulme Lane, having contributed 39 points in three previous visits to the track.

The Aces are in talks with Magnus Zetterstrom to fill their final slot.

"Kevin has shown that he is good round Belle Vue," team manager Jason Attwood told the club website.

"I know he can beat opposing reserves but I feel he can do better than that and beat second-string riders as well.

"I am very happy to have him on board because one of the options was to bring in another doubling up rider from the Premier League, but we have two in Craig Cook and Kauko Nieminen and didn't really want a third."