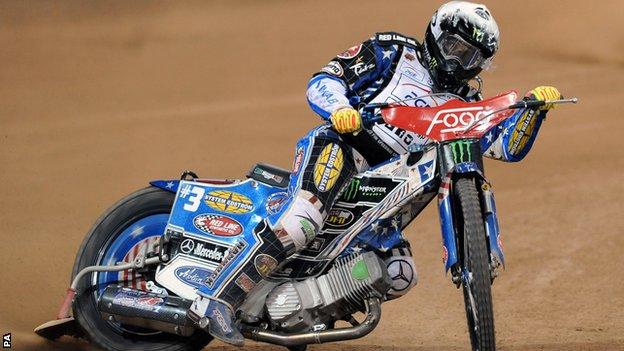 The 1997 and 2011 champion will replace captain Chris Holder, who had heel surgery last month after a crash left him with multiple fractures.

The club hope to have Hancock available for Monday's match at Belle Vue.

"Over the years we've signed Lee Adams, Tony Rickardsson, Chris Holder, and Jason Crump. Greg is up there as one of the best ever - I'm ecstatic," promoter Matt Ford told BBC Radio Solent.

"We're trying to rush all the paperwork through for Monday, but we are just waiting on the go-ahead from his association in America and for the work permit to come through.

"If it isn't sorted by then, I'm sure he'll be available on Wednesday for his home debut against Coventry."

The vastly experienced Hancock previously rode in Britain for more than 10 seasons, representing Coventry, Oxford and Reading between 1997 and 2008.