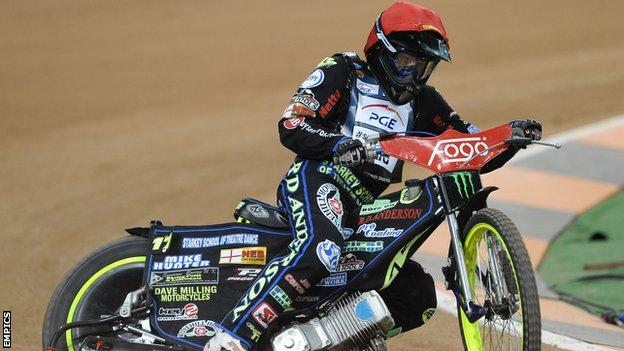 Craig Cook will captain Belle Vue Aces for the remainder of the 2013 season, replacing Ales Dryml in the role.

Cook was set to take the role for the first time against Poole on Monday, but the meeting was postponed due to rain.

"Ales has done a great job as our captain this year," team manager Jason Attwood told the club website.

"But after his recent run of form, I wanted to try and take the pressure off him a little, and he has been very supportive of my decision."