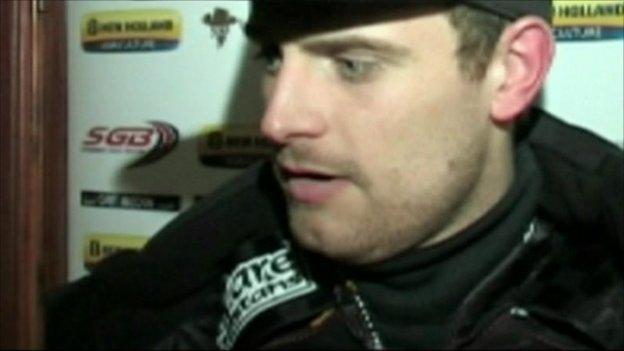 Berwick Bandits rider Ricky Ashworth remains in a "serious but stable" condition after he crashed during the meeting against Scunthorpe on Friday.

Ashworth, 30, was admitted to the Hull Infirmary Neurological Intensive Care Unit after the incident.

Despite the concerns, scans showed that Ashworth had no broken bones in his neck.

The former Sheffield and Poole rider was involved in a similar incident at Glasgow in April, suffering concussion.

Sheffield co-promoter David Hoggart, who was at the meeting, said: "I've known Ricky since he started at Sheffield.

"He's always been a pleasure to work with.

"He's made exciting progress in the sport. It is only two weeks ago he was representing his county in a test match between Team GB and Australia.

"We would like to invite everybody globally to lend their support and prayers to his family and friends."