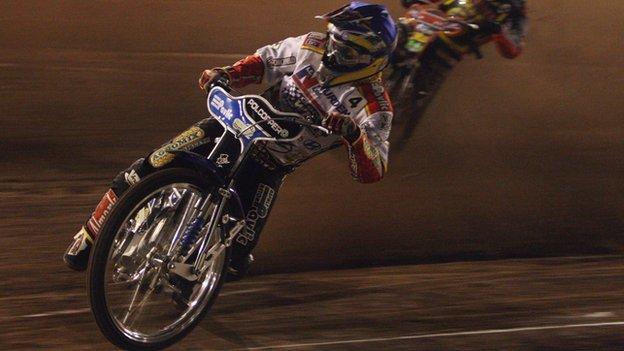 Swindon Robins reserve Ashley Birks has been ruled out for rest of the season after breaking his back in two places.

He was taken to hospital after crashing during Friday's Westernapolis Individual meeting at Plymouth.

The 22-year-old posted a message on Twitter confirming he had feeling in his arms and legs, but not his chest, and was to undergo surgery.

The Robins beat Pirates in the play-off final last season and are looking to retain the title.

Speaking about Birks' injury, team manager Alun Rossiter said: "It's devastating for Ashley and we wish him well for his operation and hope he is up and about as soon as possible."