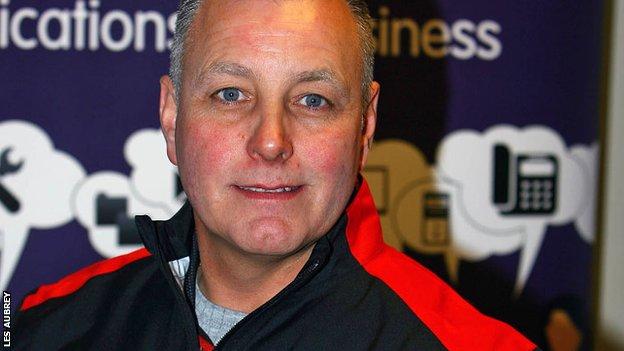 The 48-year-old, who clinched the title with Coventry in 2010 and Swindon in 2012, takes over from Neil Middleditch for the World Cup, which starts in King's Lynn in July.

Rossiter will continue to lead Swindon in the upcoming Elite League Season.

"I really can't explain how proud I feel to have been given this job," he told the Speedway GB website.

"I feel so lucky to be taking the job on now, and for anyone who feels it's a poisoned chalice and we haven't got a chance, I couldn't disagree more. I'm not just saying that because I've got the job - I genuinely believe it."

With Wolverhampton Wolves' Tai Woffinden becoming the first Briton to win the World Championship crown in 13 years in October, Rossiter believes it is the ideal time to take the helm.

"What a great time to take over as Great Britain manager - I'm taking over when we have the world champion, Tai Woffinden, in our corner," he said.

"Everyone says the Americans over-achieved last year because of their will and their want, and because they had Greg Hancock. But we have Tai, and what he's done should give everyone something to aspire to."