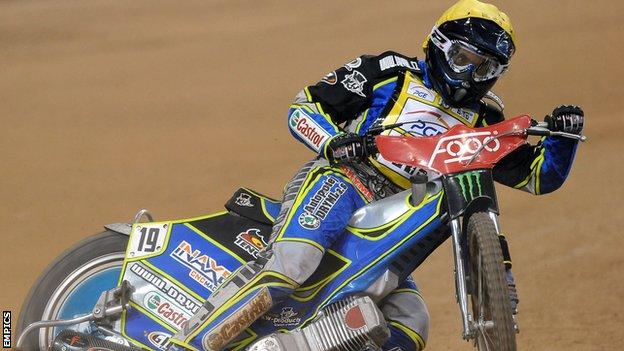 Czech rider Ales Dryml has rejoined the Peterborough Panthers, completing their line-up for the 2014 Premier League.

"It is a coup to be able to sign a rider of Ales' calibre to race in the Premier League," Panthers boss Trevor Swales told the club's website.

"I certainly hope, and believe, that he will prove to be a big star at this level.

"A lot of work has gone into sorting out a deal for Ales and he has put Peterborough ahead of a lot of his other commitments.

"His vast experience will prove invaluable and I'm sure the younger lads in the team will be able to learn a lot from him."