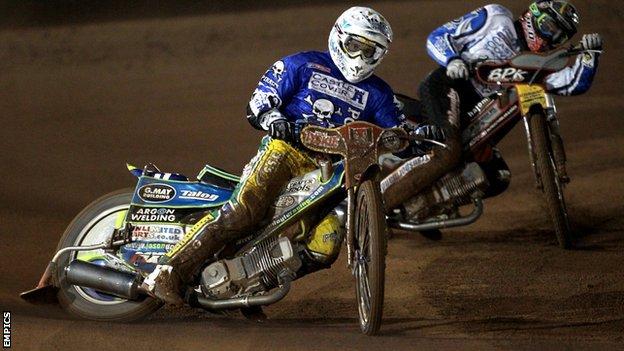 Jason Doyle will not be returning to Somerset Rebels for the 2014 season because of complications with his visa.

The Australian captained the Rebels last term and helped them win the Premier League title and Knockout Cup.

He had agreed to re-sign for the club, while also riding for Leicester Lions in the Elite League.

But his deal has been scuppered because under the terms of his temporary one-year visa, he is only allowed to ride for one club.

Somerset promoter Debbie Hancock said: "After much soul-searching on the part of both Jason and ourselves, it has been decided that he should take up the option of riding in the Elite League with Leicester rather than in the Premier League with Somerset.

"As a club, we do not want to stand in Jason's way of trying to further his career, especially given the loyal service he has given to Somerset Speedway and the success he has helped to bring to the club over the years and we wish him and the Lions every success for the year ahead."