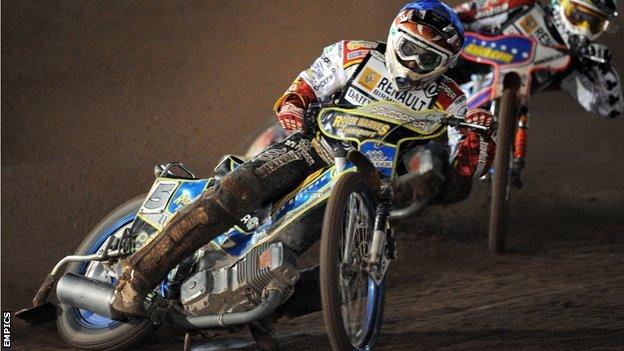 Swindon Robins captain Troy Batchelor has been called up to the speedway Grand Prix series, which starts next month in New Zealand.

The 26-year-old Australian replaces Russian racer Emil Sayfutdinov, who had to pull out because of injury.

"I found out last week so I was just waiting for it all to be official," Batchelor told BBC Wiltshire.

"It makes the hair stand up on the back of your neck. It's the world championship and it's a big deal."

He added: "It's what you work for your whole life."

Batchelor, from Brisbane, has had previous world championship experience, scoring six points in the final round of the 2013 series in Torun last October.

He agreed a deal in December to ride for Swindon on loan from Peterborough for a third consecutive season.

"He's been doing well in the Swedish and Polish leagues and the prestige of the Grand Prix series is made for him."